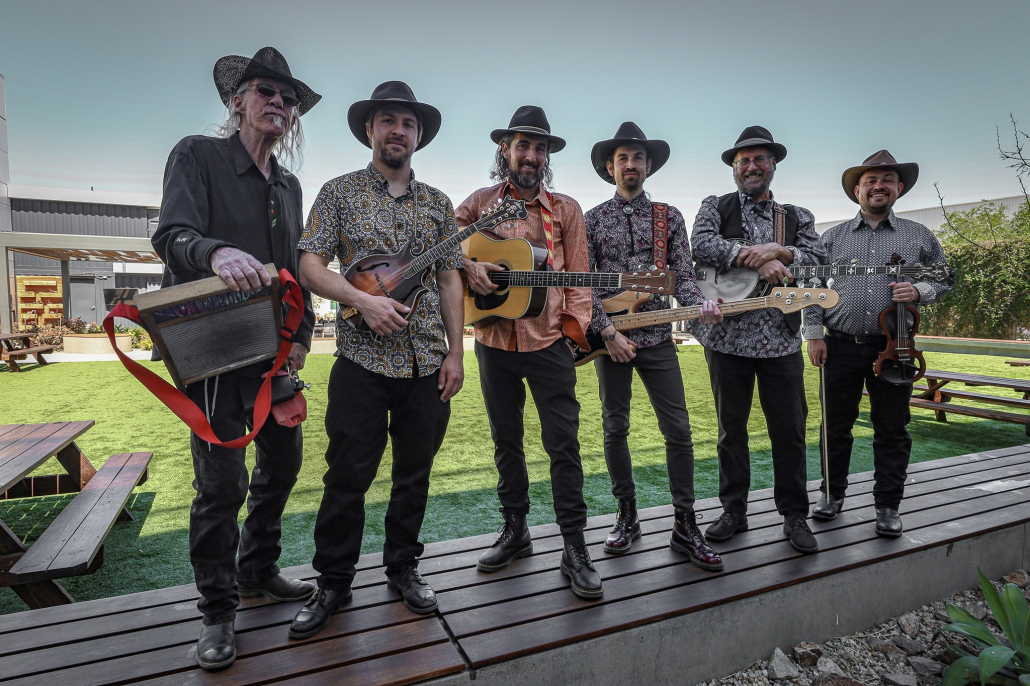 The Storytellers is a progressive indie-jamgrass ensemble whose repertoire represents a unique blend of roots-rock, Americana, country-blues, folk and bluegrass music.

One of the fastest rising jamgrass groups on the Southern California music scene, The Storytellers took just one year to go from busking on street corners of Los Angeles and Santa Barbara to gracing stages of bars, taverns and regional festivals throughout the state. The Storytellers draw from the rich canon of traditional bluegrass, country blues, old time and folk music as a basis for inspired improvisations and intrepid vocal harmonies.

The LA Weekly noted, “This band moves seamlessly through traditional and progressive approaches. One tune echos Doc Watson, the next, Jerry Garcia. They find great joy in folk and bluegrass music that is evident in their performances.”

Legendary folk music promoter Bob Stane stated: “The Storytellers are wonderful singers, and energetic, passionate players. We’re thrilled to have them spin their tales on our stage.”

Founded in the Fall of 2017 as a duo, the complete band formed in February of 2018, performing more than 30 Los Angeles-area shows through the end of the year. This intensive schedule included defining performances at the historic Mint, and a spellbinding set at The Love Street Festival, sharing the bill with Micky Dolenz, Wilson Phillips and Chris Stills.

They performed on the main stage of The California Avocado Festival, The Huck Finn Jubilee,  The Village Unplugged and The Love Street Festival.

The Storytellers’ strong musical chemistry allows them to bring soulful harmonies, delicate acoustic sensibilities, soaring grooves, tight rhythms, substantive storytelling and their own hippie, happy magic to every stage they stand on.