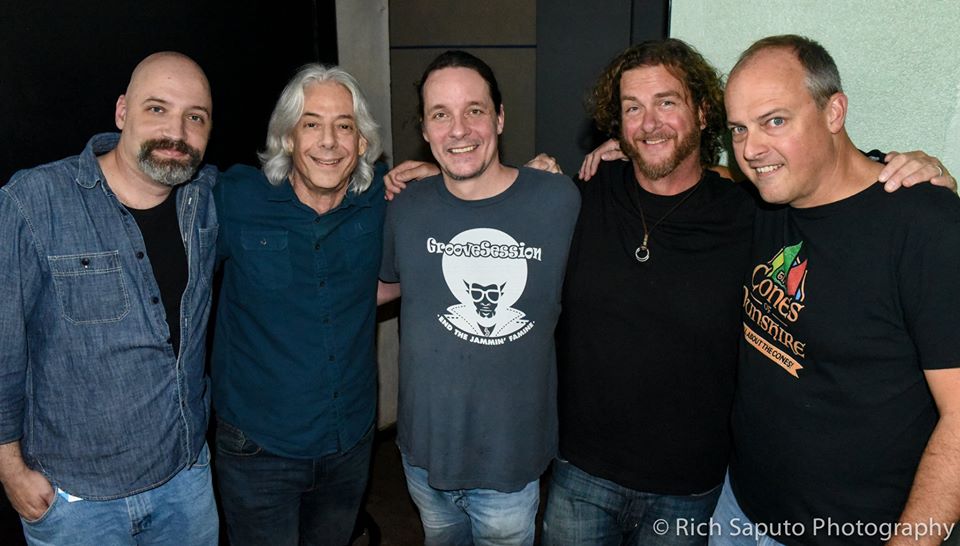 Keyboardist Ed Lyon (Electric Blue, Mr. Ectomy, Cubensis pre-2001 , The Rum Runners) and drummer Brad Rhodus (RTA, The Rum Runners, Cubensis) had been playing together for several years in the Rum Runners when the WTFB concept began to crystalize in 2014. They called some longtime friends and former bandmates… guitarist/violinist Paul Bonanno (Mr.Ectomy) and bassist Warren Kaye (RTA), who were crazy enough to give it a shot. Powerhouse vocalist Brian Warren (Electric Blue) heard about the project, showed up at an early-stage garage jam session, and was eagerly welcomed aboard after singing just one song. From those earliest jam sessions in 2014, the band knew something special was taking place…

Well-curated set lists are a hallmark of WTFB, drawing from the best songsof disparate genres, making them fit together in a way that somehow makes sense. Like all good jam bands, every show is different, and there is high-energy improvisation—and like all good prog bands, the composed segments are extremely well-rehearsed. It’s the best of both worlds.

WTFB currently plays in and around the beach cities of Southern California. Please enjoy our attempt to enjoy all that music has to offer, even the stuff that lives close to the edge…