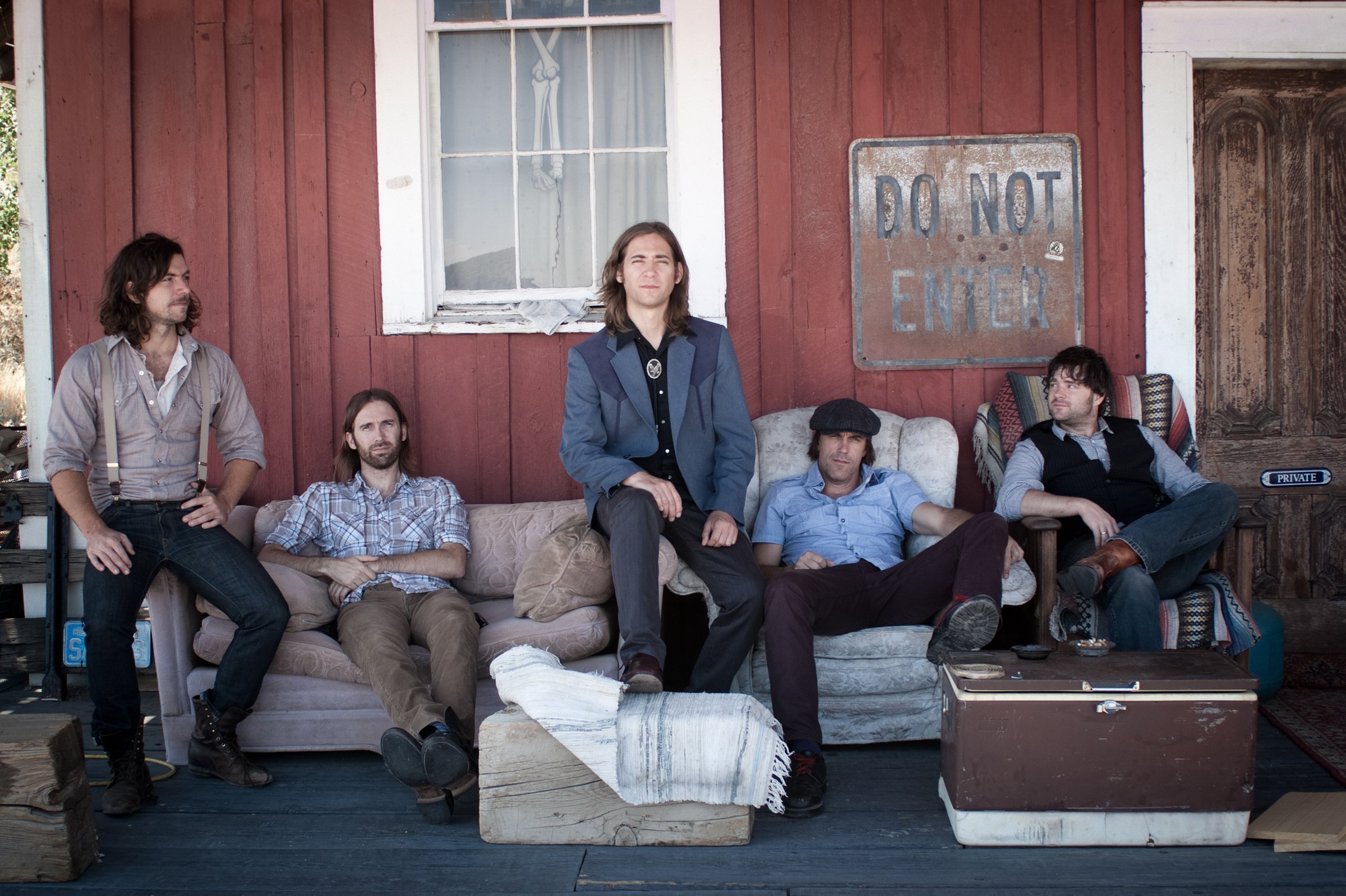 Singer/songwriter Paul Givant grew up on the same disparate array of popular musical styles as any other late 20th century kid. In that mishmash of Rock, Punk, Country, Pop, and Rap, it was American Folk and Bluegrass that rooted deepest in Paul, transforming him and his songs. Having made the rounds in various rock bands since early high school, Paul decided it was time to take his growing batch of new folk-oriented songs and create a band that could deliver this material the way he imagined it sounding.

As so many fortuned events have unfolded, it was through a series of chance meetings, twists of fate, and a little help from Craigslist, that Paul met kindred spirits in Stephen Andrews, John Kraus, Tim Weed and Christian Hogan. Together they began building the music and the band that would soon become ROSE’S PAWN SHOP. They combined, in their collective musical melting pot, the old style American sounds of Woody Guthrie, Bill Monroe, and Hank Williams with a higher energy approach more reminiscent of modern Alt-Rock, all with a deeply melodic songwriting sensibility. The goal was to create a sound that was unique, yet imbued with a sense of familiarity.

The final ingredient was added one fateful day when Paul’s scorned ex-girlfriend/former band-mate, Rose, in an act of revenge, stole the band’s gear and instruments from their practice space and brought it down to the local pawn shop. Priceless! The match was lit … and ROSE’S PAWN SHOP was born! (Of course, not until after they got their gear out of hock!)

With an arsenal of guitars, banjo, thumping upright bass, fiddle and drums, delivering neo-classical-sounding melodies and lyrics, their sound is a wholesome mishmash of creek mud, rusty nails and your mom’s cookin’. It’s sincere and straight-forward, effortlessly combining such disparate musical styles as rock, country, bluegrass, and punk to create an incomprehensibly smooth and accessible sound for true believers and skeptics alike.

In 2010, the near-current line-up of the band recorded the album “Dancing on the Gallows,” and the band began hitting the road. Once the final line-up was locked in, they began touring the United States more consistently and have ever since.

On any given night, you could find ROSE’S PAWN SHOP playing the Georgia Theatre in Athens, busking the streets of Jackson Square in New Orleans, opening for Jack White and The Raconteurs at the Henry Fonda Theatre in Los Angeles, ripping the walls off the club in their month long residence at the Parkside Lounge in New York City, or hitting the main stages of prestigious festivals such as Floydfest in Virginia and Wakarusa in Arkansas. The band is out there, growing their music, iginiting their passion, and converting an ever-increasing congregation of fans.