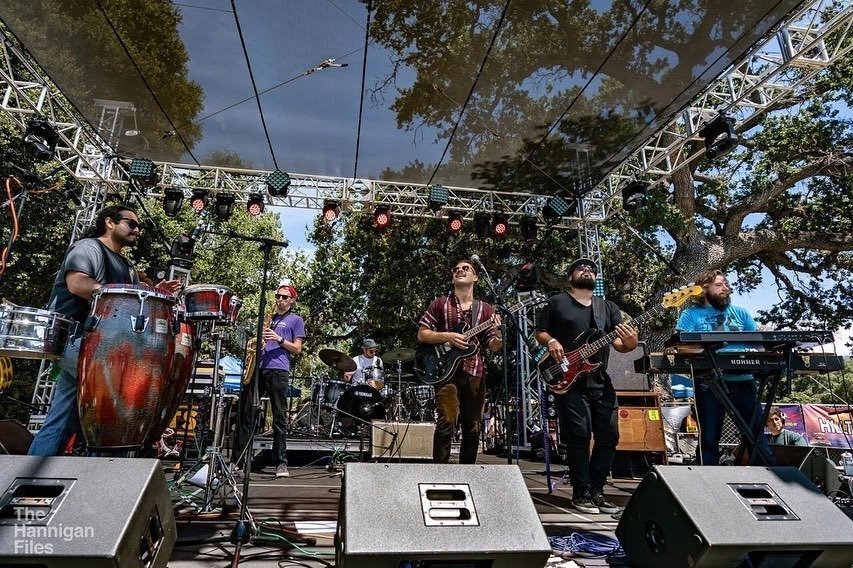 Mestizo Beat is an Afro-Latin Soul Ensemble based out of Los Angeles, CA. They are an instrumental group that blend the sounds of early 70’s Funk & Soul, Latin Jazz, Afrobeat, Psychedelic Rock and Hip-Hop. The group is highly inspired by artists such as War, James Brown and the JB’s, Mongo Santamaria, Fela Kuti, Parliament Funkadelic, and The Meters. The band’s music carries a certain sense of nostalgia, using their creativity to fuse the old with the new, constantly paying homage to the greats who came before.

Mestizo Beat was formed in late 2016 in Topanga, CA by the Magaña Brothers, Aquiles and Agustin Magaña. The band name is influenced by their Salvadoran roots and their aspiration to provide music that will set fire to dance floors. Both working musicians in the Los Angeles music scene, they wanted to combine their efforts to create compositions inspired from some of their favorite artists that would focus on elements of tight rhythms, big horn sections, and instrumental arrangements. Quickly organizing a collective of musicians to help jump start the project they began performing, writing and recording. After recording their first few songs at “Killion Sound” in North Hollywood, CA the two were fascinated by the experience of recording live on to an analog tape machine, producing a feeling and sound that is not easily replicated with digital technology. Aquiles and Agustin knew there was no turning back and spent the next few months collecting analog studio equipment and vintage gear, building their own home studio which is now known as “The Roadhouse” located on Topanga Canyon Boulevard.

The band is built around “The Core Four” led by Aquiles (guitar) and Agustin (drums), backed up by Pedro Flores (percussion) and Jose Castro (bass). What is unique about Mestizo Beat’s sound is the musicians surrounding the four players. Aside from the core members, the lineup often fluctuates inviting different horn players, keyboardists and guest singers to jam and create with them. Over the years the band has grown with members rounding out to an eight-piece band and has now become a national touring act while producing a music catalogue with the help of several independent labels such as Colemine Records, Common Good Records, and California Soul Music.

The Mestizo Beat live experience displays a very intriguing contrast of the group’s versatility by being spontaneous though elaborate, liberated while under control, and explosive but still maintaining the solidarity as a unit within the group. One can expect high energy and an ecstatic delivery of rhythm and harmony at every live performance. With a mighty brass section that reminds us of Kool & the Gang or Fred Wesley’s JB’s to blazing guitar solos reminiscent of Hendrix and Santana, ground shaking bass lines and soulful melodic organ solos, all which ride on the foundation of flavorful Latin rhythms and rock-solid drum grooves. Their passion for this music is a force that cannot be denied, igniting the dance floor into an electric frenzy, leaving your soul with the vibration of love. It is their legacy to share their appreciation for this music with the world, to spread the message of unity and equality while embracing the beauty of diversity and cultural differences by living, loving and dancing with one another in peace and harmony.